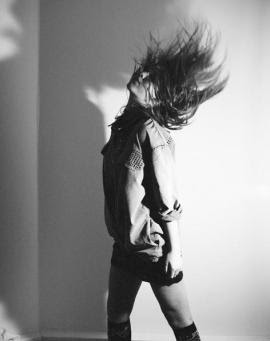 And if you say I'm not OK
Then that's the goal
If you say there ain't no way that I could know
If you say I aim too high from down below
Well, say it know 'cause when I'm gone...
You'll be callin' but I won't be at the phone 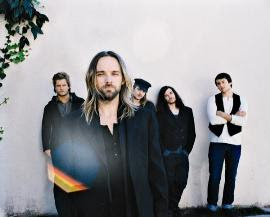 What would you do?
Do you know?
I once had a grip on everything.
It feels better to let go.

I'm Not Over by Carolina Liar

Labels: Alternative, Im Not Over, rock 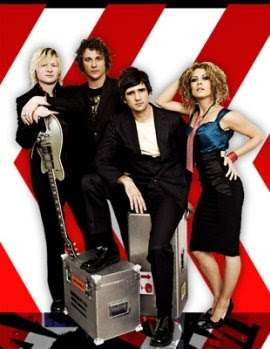 Take me downtown
It's where the people rock,
Three-hundred sixty five days we never stop.
Take me downtown
Cos' peoples runnin' wild.
See how we kick it in a brand new style.

Watching You by Rogue Traders 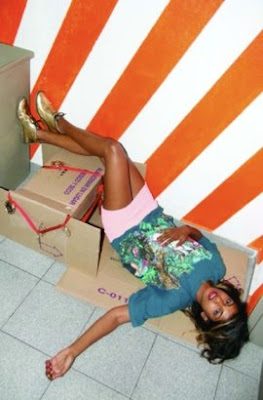 Mathangi “Maya” Arulpragasam, (born 17 July 1977 in Hounslow, London, U.K.) is a British artist of Sri Lankan descent. As a baby she moved with her family to their native Sri Lanka, where her father became increasingly politically active in militant activities. As the Civil War escalated the rest of the family was forced to flee as refugees, first to India and then the UK. “M.I.A.” [“Missing In Acton”] references both her London neighborhood (Acton) and her politically tumultuous youth. Her style contains elements of hip-hop, reggae, dance hall, electro and baile funk and is strongly inspired by her Sri Lankan background. 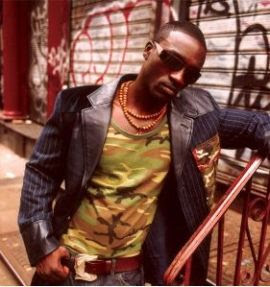 Akon (born Aliaune Damala Badara Akon Thiam on April 30, 1973), is a R&B singer. He was born in St. Louis, Missouri, United States but grew up in Dakar, Senegal and at the age of seven he moved to the USA, settling in Jersey City, New Jersey. He is the son of jazz percussionist Mor Thiam and is fluent in his native language of Wolof as well as English.

Akon grew up in Senegal as a Muslim, eventually settled in New Jersey. There he discovered hip hop for the first time, as well as crime. His first song was entitled “Operations Of Nature,” sung when he was fifteen years old.

One Step at a Time 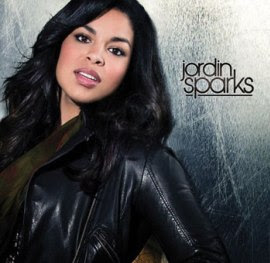 One Step at a Time by Jordin Sparks 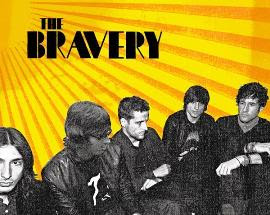 Believe by The Bravery

How Good Can It Be 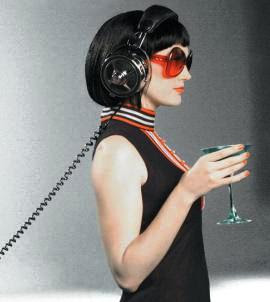 Leave it up to me.
It's a known disease.
Keep it in your fleece.
Don't worry about the custom police, don't.
I'll tell you just how good it can be, this lazy summer.

All That I Want 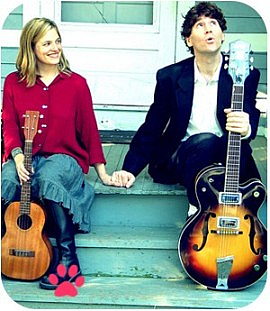 So small a turning
The world grows older every day
An ache, a yearning
Soften when I hear you say
All that I want, all that I want.

All That I Want by The Weepies

Thats Not My Name! 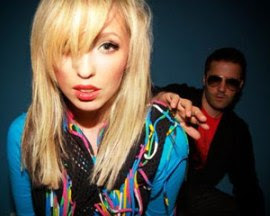 Thats Not My Name by The Ting Tings

100. STAY (I MISSED YOU) (1994)by Lisa Loeb
Every summer needs its lovelorn ballad along with its roof raisers, and Loeb's winsome plea fit the bill.
Download

99. TENNESSEE (1992)by Arrested Development
Yes, technically, it's a hip-hop meditation on the troubling history of the South. But only out of the classroom could a history lesson sound so smooth and intoxicating. Download 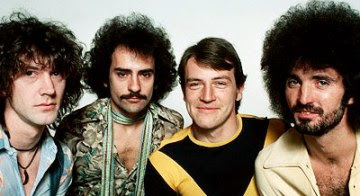 A paean to that greatest of summer road trips: the pavement-grabbin', money-grubbin', groupie-gropin' rock tour. Thirty-five years later, a few fathers still have their daughters locked up. Download

97. RADAR LOVE (1974) by Golden Earring
Before cellulars — before the peak of the CB craze, even — these Dutch boys had road telepathy to keep in contact with their honeys. Which was almost as cool as a fuzzbuster. 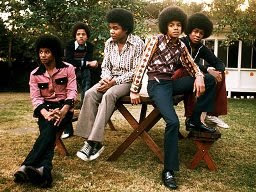 96. THE LOVE YOU SAVE (1970) by The Jackson 5
There's no better soundtrack for that sleep-away camp fling than one of the J5's peppy puppy-love anthems — just ask Jacko. Download

95. DANCING IN THE DARK (1984) by Bruce Springsteen
One of the Boss' greatest escape songs — an on-the-prowl choogler that, even better, never mentions cars. Download

94. FUNKYTOWN (1980) by Lipps Inc.
This one-hit wonder belonged to the tail end of the disco era but also presaged the techno-pop epoch about to come...totally synthetic, totally cool.

93. YAKETY YAK (1958) by The Coasters
Parents. Even in summer, there are always parents to contend with. And, not to talk back or anything, but shouldn't you folks be out in the Hamptons or something? Download

92. SUMMERTIME, SUMMERTIME (1958) by The Jamies
Harvey Keitel spent most of the 1978 film Fingers being obsessed with the Jamies' hyperchirpy seasonal glee. His fixation on their falsettos was contagious. 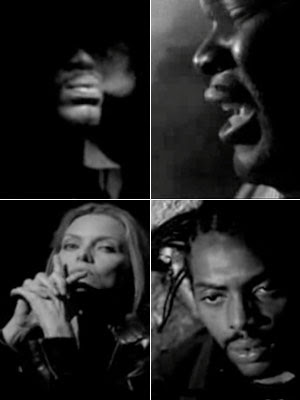 91. GANGSTER'S PARADISE (1995) by Coolio
Slinky Stevie Wonder samples and somber lessons about the price of a life of crime. If that doesn't scream ''summer jam'' to you, then clearly you've never been a member of a violent gang or seen Dangerous Minds...fool.
Download

90. KISS FROM A ROSE (1995) by Seal
Imagine Al Green in Camelot: Hitching a medieval melody to an R&B soul, Seal delivered a stunner as haunted and timeless as ''Sea of Love.''

89. MACHO MAN (1978) by The Village People
A gay manifesto for those who ''got it''; a wedding-band staple for everyone else.

87. WATERLOO (1974) by ABBA
Couldn't resist if we wanted to. Surrender never sounded so sweet as in ABBA's first and most jubilantly Spectoresque assault on our guilty pleasure centers.

85. THE END OF THE INNOCENCE (1989) by Don Henley
It's two, two, two innocence-lost songs in one, with Henley alternately decrying heightened, post-Iran-contra cynicism and helpfully offering to deflower some sweet thing in a field.Download

84. SAN FRANCISCO (BE SURE TO WEAR FLOWERS IN YOUR HAIR) (1967) by Scott McKenzie
Who cares how many ''gentle people'' in Haight-Ashbury really did. This cheesy siren song still makes a man pack his bags and head for the Bay.

83. MY LOVE (2006) by Justin Timberlake
Timbaland and Timberlake's greatest achievement together may have originally been released in the fall, but those breezy synths and sweet-talking lyrics (''I can see us holding hands/Walking on the beach, our toes in the sand'') are perfect for a hot summer day. 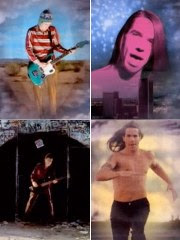 82. UNDER THE BRIDGE(1992)by Red Hot Chili Peppers
For those pensive, solitary walks on the beach, when no one understands and it doesn't matter anyway. Download

81. HOT IN HERRE (2002)by Nelly
During one of those fin de siècle summers when the Neptunes seem to rule the earth, a man with a Band-Aid on his cheek noted the temperature and encouraged us to feel like bustin' loose. Ever notice how those keyboards sound like they're actually melting? Millions of clothes-taking-offs later, just a snippet of Nelly's biggest still raises the Fahrenheit about 20 degrees.

79. HOT BLOODED (1978) by Foreigner
Molten riffs and lecherous lyrics make this a car-stereo classic — if not the most politically correct one. Download

78. TAKIN' CARE OF BUSINESS (1974) by Bachman-Turner Overdrive
In which a bunch of overfed Canadians made fun of working stiffs, boasted about living like privileged rock stars, and made us love it.

77. LIVIN LA VIDA LOCA (1999) by Ricky Martin
Those lips! Those hips! That Spanglish! His bonbon doesn't shake much anymore (at least not publicly), but back in the summer of '99, Martin was on top of el mundo with his unavoidable ode to red lips, dancing in the rain, and engaging in various activities both upside and inside out.

The British synth-pop invasion begins, but you don't need an accent to shout along with the title refrain. Download 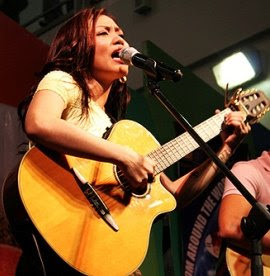 Sofia is a 23-year old bossa singer in the Philippines. She graduated from the University of Santo Tomas with a degree in Medical Technology. She is now a licensed medical technologist.

Sofia became the featured artist in a bossa-inspired album project of Ivory Records by accident. After graduating, she was on her way to Japan to pursue her research scholarship grant to study Hematology when she was asked to help gather research materials for the project, since she was into bossa nova since she was in high school. Aside from helping out for the lyrics, CDs, and other research materials, she was also asked to submit a demo tape so that Ivory Records would know what bossa sounds like. Sofia submitted a demo tape of the song "Desafinado". The record company was impressed, and then she was tapped to be a session singer. Eventually she was chosen to be the featured artist for the album.

A sliver of glass,
A life, the sun,
A knife, a death,
The end of the run.
And the riverbank talks
of the waters of March,
It's the end of all strain,
It's the joy in your heart.

Labels: Alternative, Backtracks, Pop, Sofia
Newer Posts Older Posts Home
Subscribe to: Posts (Atom)
Metaphor does not claim any ownership of the music that is displayed on this site. The songs posted are not infinitely available and for promotional purposes only. Please support the artists and buy their singles or albums. If the original artists want this blog to remove any of their materials, please notify me. Thank you. bjork620@gmail.com.

this blog is in the process of revamping itself, any help would be much appreciated =)