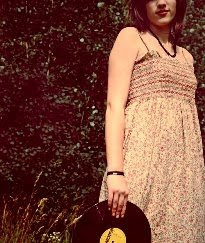 I never knew running a blog while trying to have a life was this difficult. Haha. School has started again and Id sprung back to my tedious sked. The several DMCAs takedown notices and the crashing of my links were not helpful either. I dont understand why they remove posts which were sent via mails by the artists themselves. Way to go on dissecting my creative streak google. Really, screw you google. +/-

Meanwhile, about the latter, I wont promise anymore to put the links infinitely on Metaphor. If you want to have mp3s of some artist on this blog, just leave a comment or send an email and Ill send it on your way pronto as soon as I have nothing on my hands.

I started this blog knowing absolutely nothing about blogging. Fortunately, I picked helpful advices on the way. To whoever you are who had the patience to read this, Metaphor is not dead. I cant promise you anything from this point, all I know is that, Ill visit Metaphor even if this isn't my blog. Thanks and peace.

P.S. With all those crazy leaks while Im gone, exclusive streams of albums keep everyone sane (Ok, maybe not that exclusive). Folks, just buy the album if you really like an artist, it makes all happy.

Help Im Alive by Metric
No comments: Links to this post

This post is rather heavy so fly away and look sharp.

I have been sifting my mails and found out lots of monster mixtapes from DJs and artists. Others have been rotting in my mail all the time and some are newly sent.

I have chosen four mixtapes to share to you- Lil Wayne's Dedication 3, Leam or Rosebud's Your Fucking Melting Pote, Buffet Libre's Cover Projects and George O'Connor's Audio Racquet. It was a blast listening to these tunes, everything's hard-thumping and will slap you in the face.

This post is my gratitude for all the support you folks been giving my little blog. Thanks everyone and peace. I hope your eardrums explode after hearing these tunes. Haha.

Listening to a mixtape is a process so download the whole thing.

Note: Click 'Tracklisting' to collapse the listing of tracks 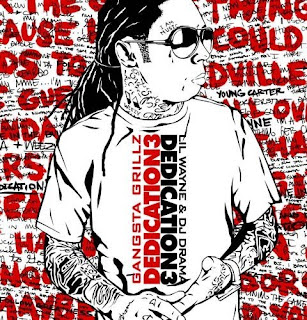 If you want to download specific tracks, Pigeons and Planes got each track for download.Tracklist 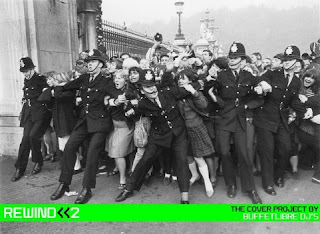 It seems I forgot to post Part 1, so here you go. 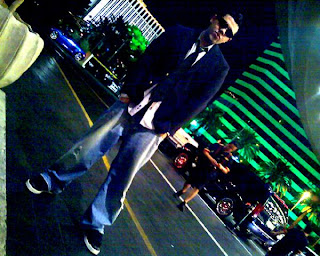 Here's another top-notch artist to make your mind go berserk. Nellie Mckay's flair reminds me of The Dresden Dolls melding to the likes of Regina Spektor and her song, 'David' captivated me upon hearing the first note.+/-

Nellie McKay (born Nell Marie McKay on 13 April 1982) is an English-born American singer-songwriter, actress, and former stand-up comedian, noted for her critically acclaimed debut album Get Away from Me and for her Broadway debut in The Threepenny Opera (2006), for which she won a Theatre World Award. 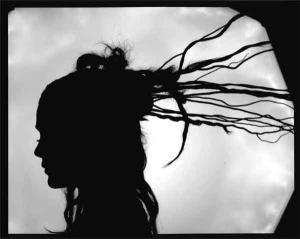 Angie May is an independent artist with no EP yet released. Her song 'Bluebird' was recorded at Crouch Hill studios in London in April '08, and will be featured in her upcoming EP. I wrote it walkin the streets of London one summer afternoon (even though there are no Bluebirds in London!) just thinking about how great it must be to escape the city on a hot day.

Bluebird by Angie May
No comments: Links to this post 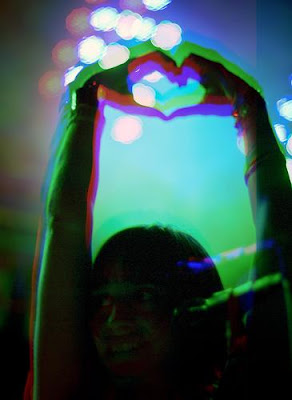 In case you don't know, my first post was "Je Veux Te Voir".

I heard it a while ago and all the craziness emerged again.

Don't mind this jabbering, just another random post to complete your day.

And yes, I get what she's singing about.

Wanna jump on the wagon?

It's got all the emotion and passion you would expect from across the Irish sea, but it is glittering in its modernity, universal in its singalong addictiveness and global in its syncopation, music for the feet, heart and head. Think U2 versus Timbaland, Van Morrison remixed by Teddy Riley.

Cos if one day you wake up and find that you're missing me,
And your heart starts to wonder where on this earth I can be,
Thinking maybe you'll come back here to the place that we'd meet,
And you'd see me waiting for you on the corner of the street.

The Man Who Cant Be Moved
We Cry
Breakeven
Before the Worst
8 comments: Links to this post

Transformers Time- Futurecop! vs Robbie Robb
No comments: Links to this post 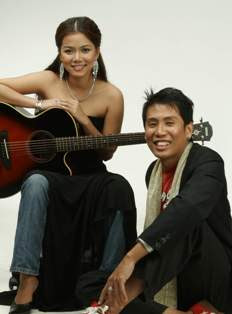 Everyone seeks those calm days where they can be lazy all day, do nothing and perhaps listen to nostalgic 90's lounge songs. Folks, I introduce you MYMP. This band has been on my folders for years and I stumbled on them recently. MYMP, short for 'Make Your Momma Proud' is known for their mesmerizing acoustic covers of old songs. If you're in for easy-listening mellow pop, take a listen to MYMP. +/-

MYMP is the author of the sweetest, softest and most soothing music the Philippine Music Industry could have. Pairing up the guitar work of Chin Alcantara and the most angelic voice of Juris Fernandez is truly heaven’s work. This tandem, together with their other band mates, has brought fans and listeners everywhere great music and pleasant times both with their wonderful personalities and their heart-warming songs.

If you'd only say you love me, baby
Things would really work out fine

Say You Love Me
Waiting in Vain
Constantly
True Colors
The Closer I Get to You
So Perfect
2 comments: Links to this post

I don't know why I jumped over the Chairlift wagon a lil bit late. Maybe its because they kinda reminded me of Stricken City (to make the story short). Chairlift is a Brooklyn-based band with polished beats of funky guitars, soft electronic drums, and a broad range of celestial synthesizer sounds that produces a dark mystifying effect to anyone within close proximity. They emerged into the public eye through their single 'Bruises'. 'Bruises' actually is far more different than their usual pieces. What I'm trying to say is, cynicism could kill you. +/-

Amidst the revival of psychedelic music in the New York underground, Chairlift has chosen to work closely with musical associations within their own generation, shifting ... (more) between pop-art jingles, synthesizer-heavy film soundtracks, and DIY basement beats to project an organic portrait of the young blood raised on Lite-Brites, riding the transition from analog to digital.

This mixtape in a couple of minutes would be reposted for a lot of times so here you go dance-electro maniacs, myself included. The Kickdrums and League Crew team up to release this truly progressive mixtape featuring a non-stop blend of thumping beats, catchy melodies, and original production. They really brought some knock-out tunes here. Check out the tracklist. This mixtape is to pave way for their debut album this December. For more details, visit their myspace. Download the whole mixtape, you wont regret it. Have fun.+/-
Things Dont Change Things Dont Change Things Dont Change 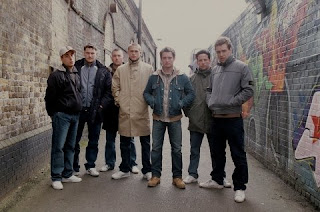 Since Metaphor is all about random and splendid music from different points and dimension, and I just watched the perplexing and astounding 'Green Street Hooligans', I couldn't help not posting the movie's soundtrack, 'One Blood'. You should watch the movie. I never seen violence portrayed more differently.

One Blood by Terence Jay
No comments: Links to this post

Labels: Alternative, Pop, Soundtrack, Terence Jay
Newer Posts Older Posts Home
Subscribe to: Posts (Atom)
Metaphor does not claim any ownership of the music that is displayed on this site. The songs posted are not infinitely available and for promotional purposes only. Please support the artists and buy their singles or albums. If the original artists want this blog to remove any of their materials, please notify me. Thank you. bjork620@gmail.com.

this blog is in the process of revamping itself, any help would be much appreciated =)